Rally performers impress with their talents 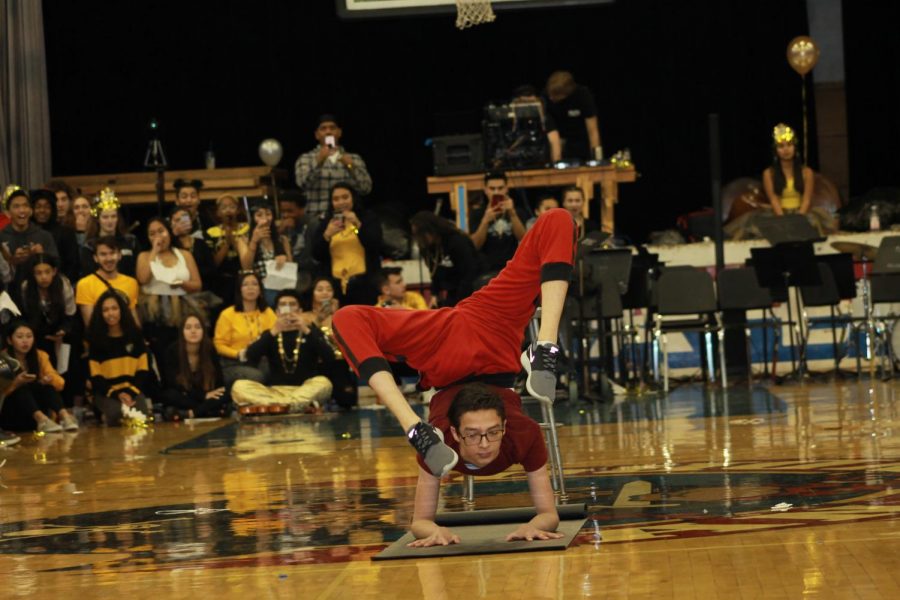 From the singers to the dancers of different cultures, to…contortionists? At the New Year’s Rally, San Leandro High School showed off the talent within our school.

On Jan. 24, students and teachers came together to celebrate the different kinds of talent that our Pirate family contains, and the Cargo decided to capture some of the exciting moments. 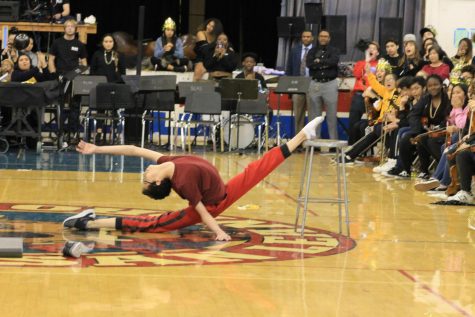 At the New Year’s rally, students were met with an interesting “twist.” Students were standing, cheering and wondering in amazement about who the contortionist was.

The performer was  Jonathan Calzada, a sophomore at our school.

“I started doing contortions three years ago,” Jonathan said after he was inspired by a circus performer.

He is self-taught, and he is good at what he does because he trained for 19 hours every week.

“I started by stretching my legs and my back,” Jonathan explained when asked how he started doing contortions. The first trick he learned was how to do the splits.

Jonathan has performed at birthday parties, school functions, and quinceañeras. He says that his motivation for performing is the cheers and excitement from his audience. That is why he wanted to perform in the rally.

He appreciates the comments he gets when performing for people at events.

Jonathan would like people to know that he is, “thankful of Jesus for giving [him] this gift.” 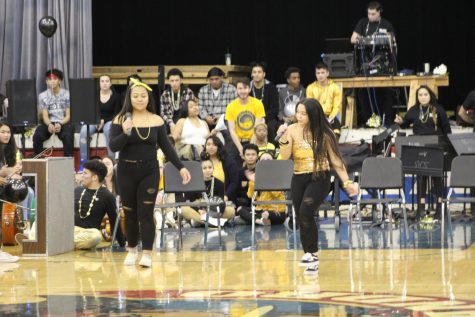 Riza Mae Guevarra and Mia Corpuz, both juniors, sang “Give it Up” from the show “Victorious” in beautiful harmony.

“I got motivated when I sang with Mia for fun and I thought we sounded good so I suggested we sing for the rally,” said Riza.

Riza has experience with performing in front of big crowds at events like One Love One Mic and XC Factor. She has also sung at her church, and she sang the national anthem at multiple wrestling tournaments.

Mia is a part of Notables at our school, and has sung the song before: once with Isis Ramos and once as a solo. Both singers had been preparing for their performance for over a month.

When asked about the importance of participating in school activities, Riza responded, “I want to make the most out of my high school years and I don’t want to regret it in the future.”

“I find it important to participate in school activities because it shows you’re not afraid to be who you are at school,” said Mia. 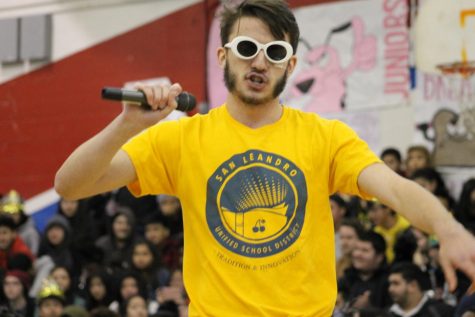 It took Gordon Stanley 30 minutes to prepare for his singing duet, and that’s only because he had to download the song. He already knew the song and had memorized the lyrics. Gordon, a senior, loves to play music for others and performs with the Notables.

Gordon likes that rallies improve school climate. He said that “Rallies are important because we can grow more as a community, have fun together, and most importantly break the mold of the daily school life.”

When asked what his favorite part about rallies is, Gordon said “I love the spirit and getting people out of their comfort zones. There’s no other chance to just let go and be loud but rallies!”