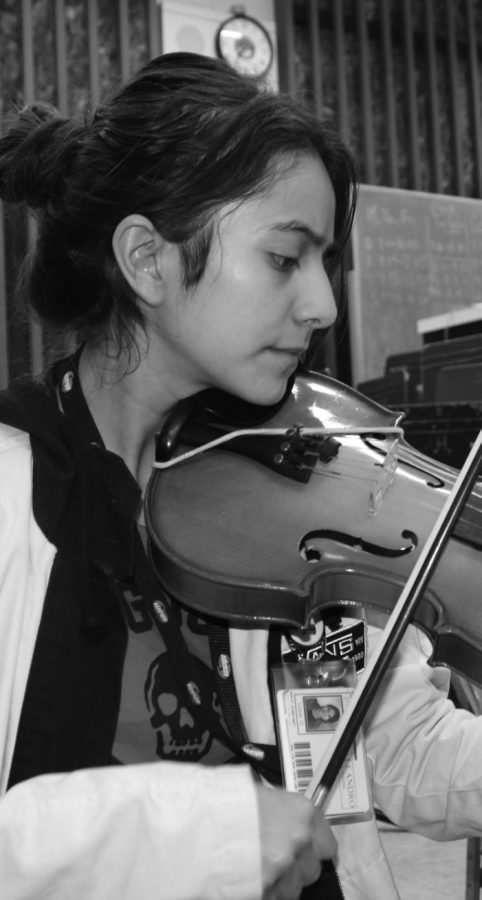 San Leandro High orchestra concerts are always a special occasion, but the Nov. 15 event in the AEC had one of the biggest ensembles in recent history when it featured all of the orchestra students performing together during the finale.

The Orchestra entertained the audience with wonderful songs. They played music from the Baroque, Classical and Romantic periods as well as contemporary music. At the end of the concert, both Orchestra groups joined together to play a final piece called “Starlight” by Matthew Bellamy. “It’s a big group,” Ms. Jowe said. She explained that there are 90 students in Orchestra and the Advanced group has another 50 students that is made up mostly out of juniors and seniors.

“Trying to fit them all on a stage that is not big enough for all of us can be difficult,” she said. Ms. Jowe hopes that more people will come out to support Orchestra.

Orchestra will be having another concert on Feb. 9, 2019. Senior Sarah Bravo prepares for the big night.