In the wake of tragedy, #nomore brings awareness 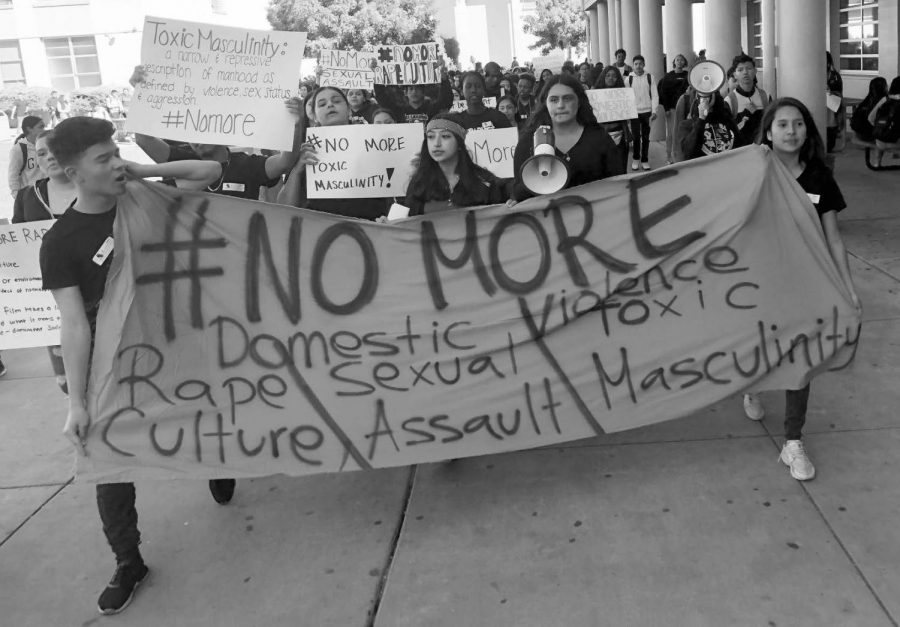 On Oct. 1, 2018, the San Leandro High community learned Alumni Mariah Davis would never visit the school again. Another innocent victim of domestic violence, and another victim of a story we now hear constantly across the nation. Usually, people shy away from the topic of abuse, acting as bystanders or sitting in complacency, as if paying attention would “get their hands dirty.”

But in the face Davis’s death, the Social Justice Academy of SLHS is fighting against abuse, and for an informed environment where it is never ignored. Through their new student lead campaign #No- More, SJA seeks to educate about and spread awareness on domestic abuse, toxic masculinity, and rape culture in society.

After the tragedy, members of SJA sought to educate themselves on handling domestic abuse before going out to the general public.

“With any campaign, it always starts with a lot of research. You almost have to become an expert on the topic in order to talk about it,” SJA instructor Ms. Viray-Santos explained.

Viray has been a strong advocate of education surrounding domestic abuse and toxic masculinity, speaking on local radio station KPFA and at teachers conferences at SF State. Through lectures, reading articles, and working in committee groups guided by Viray, academy members have become experts on the topic of abuse and are now turning to focus their efforts on amending society.

Students staged mock abuse scenes and social experiments on the quad, handed out pamphlets and advocated for changing a measure in Title 9 that gave 10 business days for sexual abuse allegations to be investigated. To organize and coordinate their events, students divided themselves into different committees, each focused on an individual task under the overarching goal of the campaign. Examples of these committees include the Community Liaison, who reach out to other organizations centered around sexual abuse prevention, the Outreach Committee, who focus on #NoMore’s social media presence, and the Restorative Workshop Committee, who plan to educate San Leandro’s youth on abuse.

“If we could educate kids before they get all brainwashed and twisted, we could really see change,” Jordan Cobbs of the Workshop Committee said.

In the coming weeks, SJA plans to educate elementary and middle schoolers on the topic of consent, campaign for activist groups to come speak at SLHS, and recently, they held their annual One Love One Mic event which had an emphasis on the issues of the campaign.

SJA puts their heart into every campaign, but Ms. Viray said this year especially it is “very personal since it happened to one of our own.”

The Social Justice Academy of San Leandro High has made it clear that they will not stop until their voices are heard, and until true change of justice is delivered. With multiple upcoming events and a whole other semester ahead of them, there is no doubt that SLHS and the community surrounding it will be altered for the better by the actions of these dedicated students.